Life in rural India is pretty shitty for women.  They struggle with poverty, hunger, homelessness, strict gender roles, misogyny, and physical and sexual violence.  But women are strong as hell and B. Prabha set out to show it. 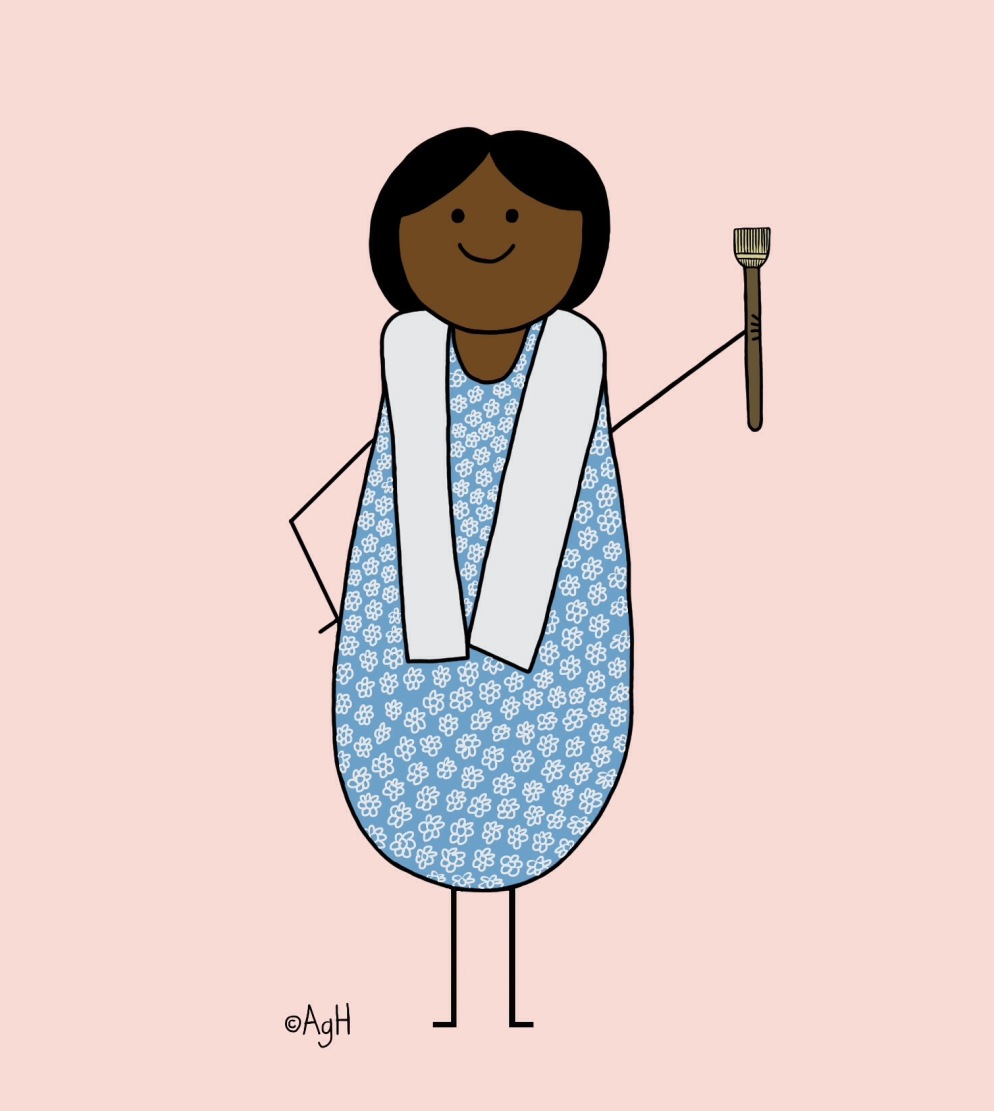 B. Prabha was born in rural India near Maharashtra in 1933.  She studied at the Nagpur School of Art and later received her degree from the Sir J.J. School of Art in Mumbai.  Prabha had her first exhibit in 1956.  In 1958, her paintings were shown in the State Art Exhibition and she won first prize.  Hell yes.  She had solo shows in 1959, 1961, and 1993.  In 1996, Prabha’s paintings were included in the Contemporary Indian Painters show in Mumbai.  Her work has been in more than 50 exhibitions around the world and she has paintings in India’s National Gallery of Modern Art.  B. Prabha died in Nagpur, India in 2001.

Prabha was a painter in a time when women were still fairly excluded from the Indian artistic community.  After experimenting with a variety of media while she was young, Prabha stuck with oil painting.  Her subjects are rural women, portrayed in daily life, elongated, elegant, and haunting.  The seemingly simple scenes show courage in the face of suffering, oppression, and poverty.  These images of poor women in rural communities were revolutionary at the time, and they still make a big impact today.  By showing the plight of women in her work, Prabha was able to bring attention to social and economic inequities and to give these women a voice in the wider world.  She stated that “I have yet to see one happy woman” in rural India, which was probably 100% true and 100% sad.  These women needed to be seen and heard, and Prabha made that happen.

B. Prabha broke traditions and made some great fucking art in the process.  She was an artist when women rarely were.  She painted people who were neglected and ignored, all while affirming their personhood and their strength.  She brought attention to issues that were avoided.  And she did it all with skill, talent, and conviction. B. Prabha is an awesome Indian painter, and we should all know who she is and pay attention to what her paintings have to say.

2 thoughts on “B. Yourself”